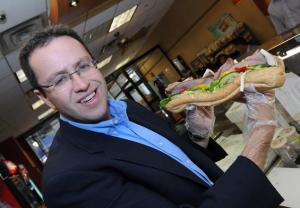 In 2015, the public received a startling report: Subway spokesman Jared Fogle had been raided by the FBI at his Indiana home. The charges? We didn’t know at the time. Subway has since cut off any ties with Fogle and has scrubbed him clean from both the website and the stores.

There’s a public stereotype of sexual predators and pedophiles that remains highly inaccurate to this day. We expect them to lurk in the shadows, complete with a stained trench coat, oversized shades, and an unnerving leer. But the reality is, any sexual predator or pedophile could look like you or me. They come in all shapes and sizes and are virtually indistinguishable from the next person down. Some are rich, and some are poor; some are highly educated, and some have never picked up a book; some are active members of the community, and some are more withdrawn. But still, we often hear, “I never expected so-and-so to hurt those children!”

I believe that people dimly realize that sexual offenders can look just like us. We realize this, and this knowledge discomforts us to the point where we push it away and distance ourselves, hence the stereotypical pedophile.

Fogle was anything but. He was likable and relatable, and the public admired both him and his story of losing 245 pounds via Subway sandwich diet and exercise regimens. So if such a guy went down such a dark path, how can we spot this problem early on in the future?

The answer in a nutshell: we can’t. At least, not with our current ideas of what sexual offenders look and act like. If we continue assuming that all molesters fit one mold, then we won’t see the warning signs and will pass over those who don’t fit that image. That’s not to say that we should be suspicious of everyone around us; we should simply be more open-minded about what sexual offenders look like, how they act, and whom they target.

Then, you might say, how can we even protect our loved ones and ourselves? The answer is simply: be aware and stay informed. Know whom your children are in contact with and use buddy systems and other parenting tips to effectively lessen the risk. It’s also important to know the dangers of your community. Kids Live Safe offers a Registered Sex Offender map of your area detailing every sexual offender in proximity to your home, as well as their offenses, addresses, and more.

According to the complaint, Fogle traveled through Indiana and New York City to engage in sexual acts – and paid for sex – with minors. His case is a critical moment in understanding that anyone could harm children. Once we as a society accept this, Fogle’s case will change our community for the better. His case is not to be taken as a cause for paranoia; it’s to be taken as a call for change and for the betterment of the future.

***Registered Offenders List is a free online resource that strives to offer helpful content and resources to its visitors regarding registered sex offenders that live near you.